See what's on Netflix, or try "pirates of the", "genre:TV Movie" or "actor:Gray Haddock" - only one search type at a time for now, multi-filtering coming soon!

The Woman of the Town

Originally, producer Harry Sherman's Woman of the Town was slated for Paramount release, but that studio was overloaded with product, so the film was deferred to United Artists. Nonetheless, the finished product has the "look" of a Paramount, right down to the presence of character actor Albert Dekker in a leading role. Dekker plays Bat Masterson, who after failing to secure a job as a newspaper reporter becomes marshal of Dodge City. Preferring socializing to peacekeeping, Masterson falls in love with Dora Hand (Claire Trevor), the obligatory golden-hearted chorus girl whose concern for the welfare of her fellow citizens at time reaches Madonna-like dimensions. When Dora is shot down cattle baron King Kennedy (Barry Sullivan), Masterson begins taking his job seriously. After taking care of Kennedy, Masterson determines to enshrine the memory of Dora, whose efforts to clean up Dodge City were largely ignored by the "decent" townsfolk. 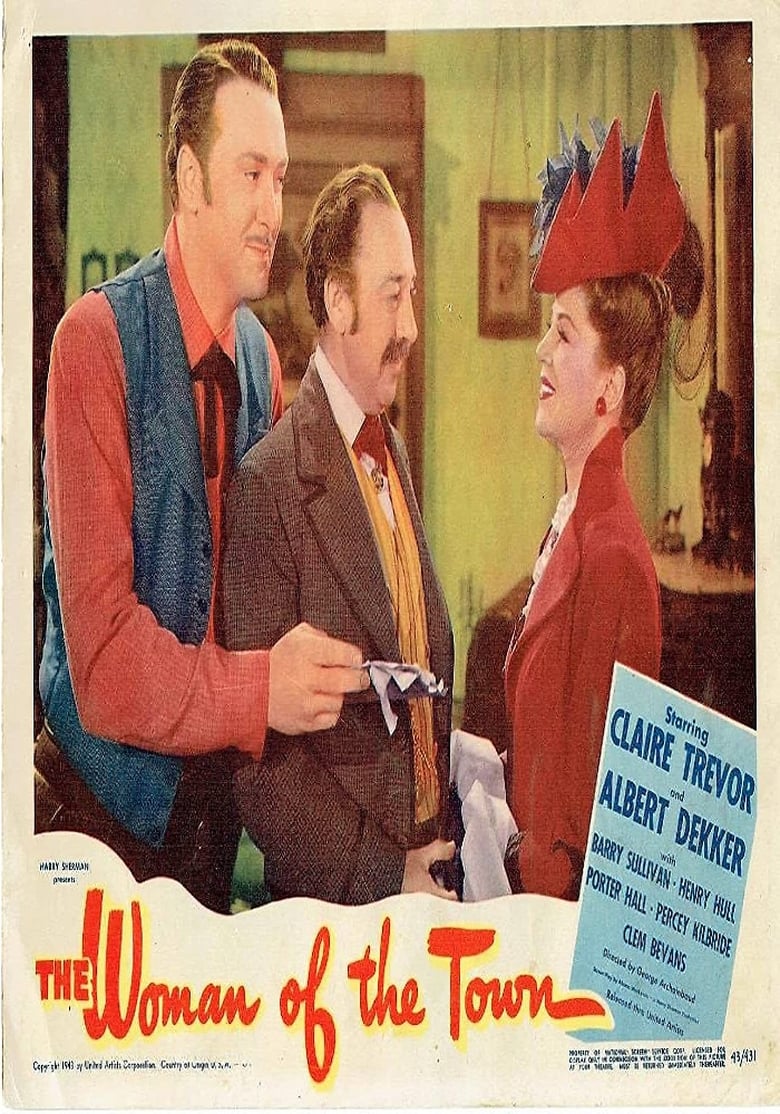