See what's on Netflix, or try "pirates of the", "genre:Indie" or "actor:Flora Thomas" - only one search type at a time for now, multi-filtering coming soon!

Song of Arizona is a 1946 American Western film directed by Frank McDonald and starring Roy Rogers. Roy Rogers rides to the rescue when a bank robber's orphaned son (Tommy Cook), who is living at a ranch for homeless boys run by Gabby Whittaker (George "Gabby" Hayes), attracts the attention his father's rowdy gang, who want to claim the boy's inheritance for themselves 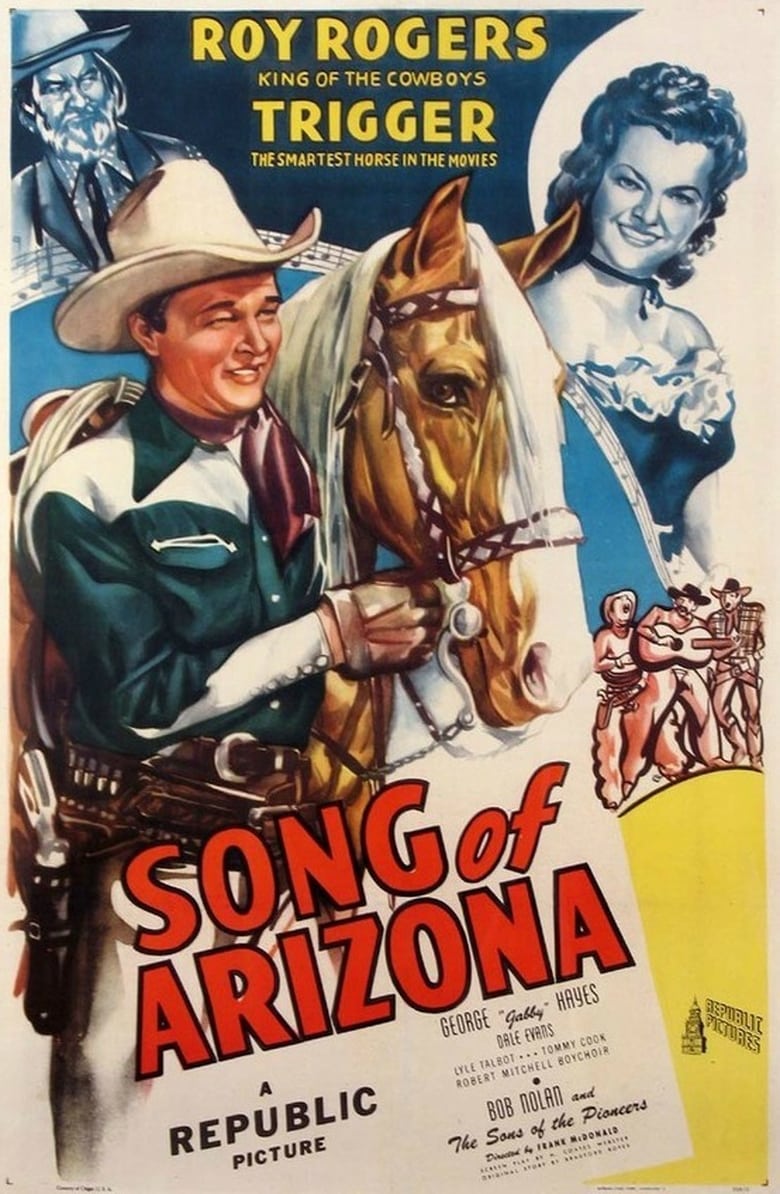