See what's on Netflix, or try "pirates of the", "genre:Family" or "actor:Zoltán Latinovits" - only one search type at a time for now, multi-filtering coming soon!

In Roy Rogers' Down Dakota Way, the deadly hoof-and-mouth disease has struck the herd owned by evil rancher H. T. McKenzie (Roy Barcroft). To avoid an expensive quarantine on his stock, McKenzie plans to murder the local veterinarian (Emmet Vogan) before the latter can report his findings to the government. Rogers manages to straighten out the situation by appealing to the sensibilities of the aunt (Elizabeth Risdon) of McKenzie's hotheaded hired assassin (Byron Barr). The film also bears several musical numbers from Roy, Dale Evans, and Foy Willing and the Riders of the Purple Sage. 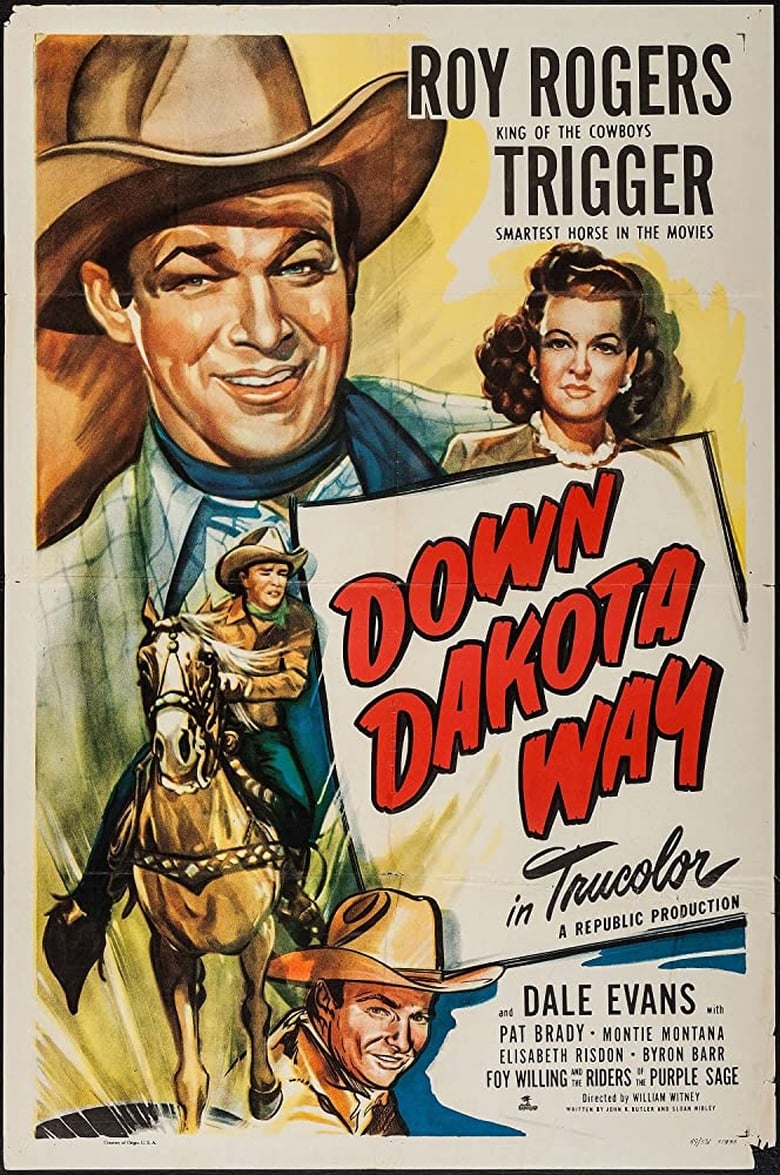