See what's on Netflix, or try "pirates of the", "genre:Reality" or "actor:William Gillis" - only one search type at a time for now, multi-filtering coming soon!

Driven by tragedy, billionaire Bruce Wayne dedicates his life to uncovering and defeating the corruption that plagues his home, Gotham City. Unable to work within the system, he instead creates a new identity, a symbol of fear for the criminal underworld - The Batman. 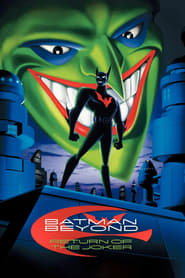 Batman Beyond: Return of the Joker