See what's on Netflix, or try "pirates of the", "genre:Foreign" or "actor:Francisco Javier López" - only one search type at a time for now, multi-filtering coming soon!

Isi and Disi, the more thugs Leganés heavys return. This time Disi falls in love for the sexy Angie, former rock singer and girlfriend of a big shot record, Berdún. After being recognized as the most brutal band in the equally brutal contest presented by Angie, Disi not only have to save his group Ratamuerta, his friendship with Isi, and the temple of rock "The Kampana of Hell", but also rescue Angie from the clutches of machiavellian Berdún. Once again, rock triumph over evil ... 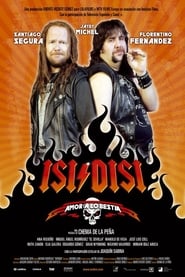